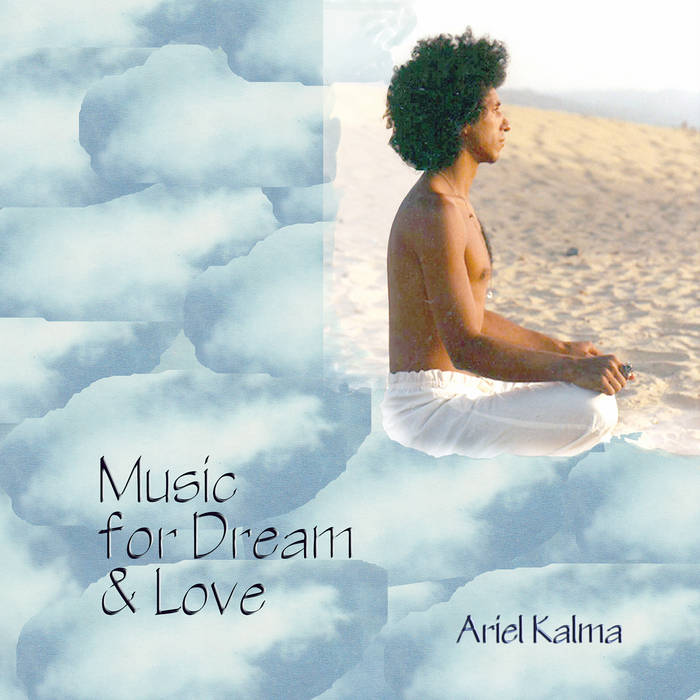 Electronic sounds can be tuned to create harmonic sounds. Echoes finely tuned create multi-layered rhythms. During the late 1970s in Paris, several young composers experimented mixing instruments with electronics, synthesisers, analog loops, and effects. Ariel Kalma combined his Oriental tuning and his interest in high frequencies as brain cleanser, to create his version of space music - the kind you can take off with ♪ ♥ ♫

In his room under the roof in his Paris' apartment, Ariel had a music set-up playing for days and nights while he carefully tuned his voice with sound layers, echoes, drum machines... he would often enter a meditative state ☼

Music for Dream and Love was recorded in 1979, on two occasions when Ariel remembered to press Record before embarking on his musical meditation.